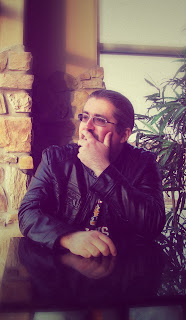 Aaron S. Robertson, MSM (1982-), is the president of Wisconsin-based The Robertson Holdings Company, Inc., which is primarily engaged in the business of online media publishing. Additionally, he is a freelance journalist concentrating in the realm of music, and has interviewed a number of nationally-known artists from the classic rock and pop genres of the 1960s and 70s.

Robertson was awarded his master’s degree in management by Milwaukee’s Cardinal Stritch University in December, 2013. He is currently pursuing a Ph.D. in Leadership at Stritch.

As an undergraduate student at Stritch, having graduated in 2007, Robertson earned a major in political science, minors in sociology and philosophy, a certificate in integrated leadership, and a non-credit certificate for a course in entrepreneurship. Among other accomplishments, he served as president of the student government, Model United Nations club, and philosophy club, which he co-founded.

Robertson is author of the book, Beyond Majors and G.P.A.: A Real Philosophy for College and the World Ahead, which he wrote while still an undergraduate student.

Robertson is an active member in a number of service clubs and business networking organizations, and serves on a number of municipal boards and committees.

Near the end of 2018, Robertson began work as an instructional aide at a public high school in the metro-Milwaukee area. He works with both special education and regular education students throughout all four grade levels. For meaningful reflections, stories, ideas, advice, and resources for high school and college undergraduate students, check out his blog project, Mr. Robertson's Corner.