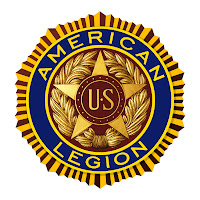 HALES CORNERS MEMORIAL POST #299
Clifford’s Supper Club (414-425-6226)
10418 W. Forest Home Ave,
Hales Corners, WI. 53130
For More Information, Contact:
Nancy Christopher-Wilkes, 414/698-4915 or nwilkes@wi.rr.com
For Immediate Release
HALES CORNERS VETERANS MEMORIAL GROUNDBREAKING
TO TAKE PLACE ON 10th ANNIVERSARY OF 9-11
Memorial Committee Reaches 96 Percent of Fund-raising Goal
HALES CORNERS, Wis., (August 26, 2011) – Having reached more than 96 percent of its goal to raise $140,000 to build a Veterans Memorial in Hales Corners Park, the Veterans Memorial Committee announced today that there will be a groundbreaking ceremony on Sunday, Sept. 11, from 11 a.m. to noon, between the Hales Corners Library and Hales Corners Pool on 116th St.  Congressman Paul Ryan, State Senator Mary Lazich, Milwaukee County Executive Chris Abele and Hales Corners Village President Bob Ruesch will be among the guest speakers at the event.
With the aid of two, 25,000 matching grants from the Holz Foundation and Messmer Foundation, the committee has now raised more than $135,000.  The campaign has been led by Howard Hingiss, a WWII veteran and retired Hales Corners Police Captain, and his Co-Chair Mitchell McGlinn, a Whitnall High School student and Eagle Scout candidate.
The campaign began in February 2010.  Plunkett Raysich Architects, a Milwaukee architectural firm, released renderings of the proposed memorial.  The design incorporates a Five-Pointed Star to honor the five branches of the United States Military – Army, Marines, Navy, Coast Guard and Air Force.  Each star point is equally placed in a circle so that no branch can be viewed above another and to represent the responsibilities of each branch to work together to serve and protect the interests of the U.S.
The Pentagon-shaped memorial focuses inward, while the Five Points of the Star reach outward with five paths that connect to nature and other points of interest within the park, including the library and pool.
At the center of the memorial is a lighted U.S. flag on its own white plinth, which is symbolic of the human sacrifices made to God and Country.  Brickwork encircles this plinth.


The Memorial Committee hopes to raise the remaining $5,000 through the purchase of "tribute" bricks.  Families and other groups can remember and honor veterans for their military service by purchasing a brick and having it inscribed with the names of their loved ones.  The “tribute” bricks can be purchased for as little as $100 for an 8 X 4-in. brick and up to $5,000 for a 24x24-in. brick.
For inquiries into purchasing a "tribute" brick or to make a donation, residents can visit http://www.halescorners.org/veteransmemorial.  The Veterans Memorial Committee will hold a Dedication Ceremony on Memorial Day in 2012
Posted by Staff at 12:06:00 PM