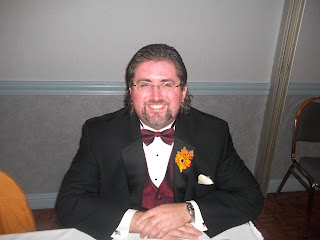 Robertson is currently pursuing a master’s degree in management through Cardinal Stritch University in Milwaukee.

As an undergraduate student at Stritch, having graduated in 2007, Robertson earned a major in political science, minors in sociology and philosophy, a certificate in integrated leadership, and a non-credit certificate for a course in entrepreneurship. Among other accomplishments, he served as president of the student government, Model United Nations Club, and Philosophy Club, which he co-founded.

Robertson is author of the book, Beyond Majors and G.P.A.: A Real Philosophy for College and the World Ahead, which he wrote while still an undergraduate student.

Robertson got his professional start in journalism shortly after graduating from college in 2007, right around the time he and long-time friend Phil Burghgraef launched Intrepid Innovations.

In the nearly five years he has written professionally, Robertson has interviewed numerous elected officials, candidates for public office, public servants and professionals of all types, an extensive variety of business owners, entertainers and musicians, and plenty of regular, everyday people like himself who simply have a story to share. He even had his pen and notepad on hand for his 10-year high school reunion.

Robertson's photography caught the attention of The Buckinghams' publicist for his story on the Happy Together Tour's stop at the Wisconsin State Fair in August 2011.

Robertson is an active member in a number of service clubs and business networking organizations, and serves on a number of municipal boards and committees.

Learn more about Robertson by visiting his profile on the IMDb.

Interviews with a regional or national interest: